Hello everybody. This is Jason Fisher, also a former international Millionaire Team member forHerbalife International and I’m here to do a review on the Herbalife Compensation Plan.

In the Herbalife Compensation Plan, you start off as an Herbalife Distributor, you’re able to earn 25 percent retail profit when you sell Herbalife products. Now what happens is once you reach either 2500 volume points in personal sales between you and your distributors two consecutive months in a row, or 4000 volume points in one calendar month, you advance to the next rank which is Supervisor. 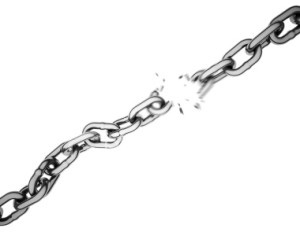 Now where it gets a little tricky is that there’s a breakaway and as you know, if you’ve been on the TimeAndFreedom.com site and you watched one of the webinars that we’ve done with about the “MLM Industry Lies Exposed”, one of the biggest problems within compensation plans are the breakaways that take place.

When I have one of my Distributors reach the level of Supervisor, and we’re both at the 50 percent buying privileges, that’s where the breakaway occurs. Up until that point, I’m able to make wholesale profit on what my Distributors are selling. If they’re selling at 25 percent and I’m at 50 percent buying privileges, I earn the 25 percent wholesale profit within the Herbalife Compensation Plan.

So you either have retail profit, wholesale profit or royalty income. So where the royalty income takes place is when someone reaches that same status level as you, Supervisor, the same buying privileges, they then breakaway and any sales that they produce, you have the opportunity of earning a 5 percent royalty income override on that volume.

Now where it gets tricky as I mentioned is let’s say that I have two or three folks that are underneath me that are selling $500 or $1000 or $1500 a month and they’re helping me reach my 2500 volume points that’s required to earn my full royalty.

When they breakaway, they become my organizational volume and I will earn 5 percent residual income on that, only though if I maintain my 2500 volume points myself.

So where the Herbalife Compensation Plan gets tricky is the piece that once the person breaks away, you have to replace the volume that just broke away because you still have to maintain your 2500 volume points monthly in order to earn off of those breakaway Supervisors.

So I want you to just understand that one of the biggest problems in the industry – and this has nothing to do with just Herbalife. A lot of companies operate under these guidelines, and the majority of people that are part-time in this business, they have a hard time retailing $2500 a month, retailing and wholesaling $2500 a month.

The problem is once you have someone reach the Supervisor rank, their volume no longer counts as part of your personal volume to meet your 2500 volume points. That’s the first major breakaway within the Herbalife Compensation Plan.

Now, understand this. As you move up to the GET Team, Millionaire Team and President’s Team, there’s what’s called production bonuses. When you hit GET Team, you’re able to earn a 2 percent production bonus on your first 3 levels of royalties, plus 2 percent down to infinity.

One of my main things that we teach here at TimeAndFreedom.com is that you should never be penalized for developing leadership. You never should be in the fear that your income is going to drop based on someone advancing to a higher rank. We’re in this industry supposedly to watch people grow and to create massive abundance, not only for ourselves but for others as well.

When you want people to become successful but just not as successful as you are, because you get paid more by them not being as successful as you are, that’s where I have a hard time with any plan that operates underneath that because we’re always talking about how we want to help everybody. But when there are compensation plans that have these breakaways, they dictate the opposite and that’s where it starts to become a little bit fuzzy.

One of the biggest downfalls I’ve seen in many other former leaders is the breakaway situation and it can be a scary thing and if you can find a business that doesn’t have breakaways, that does not penalize you for developing leadership to the same status as you, that would absolutely be the ultimate.

If You Want To Learn More:

We hope you got a lot of value from this Herbalife Compensation Plan review.